Having played one another five times last season in all competitions – including in the Checkatrade Trophy final and in the play-off semi-finals – Sunderland and Portsmouth renewed their rivalry in their third game of the League One campaign.

Last year’s battles saw two Pompey victories – one being at Wembley – two draws and one Sunderland win, with the Black Cats progressing over the two legs in the end-of-season showpiece before losing out in the final against Charlton Athletic.

Here, Sunderland triumphed 2-1 to secure their first victory of the season, making it two defeats out of three for their south coast rivals in the process. We will provide an in depth tactical analysis of the match, looking at the tactics of both teams, as we produce an analysis of how Sunderland claimed the three points. 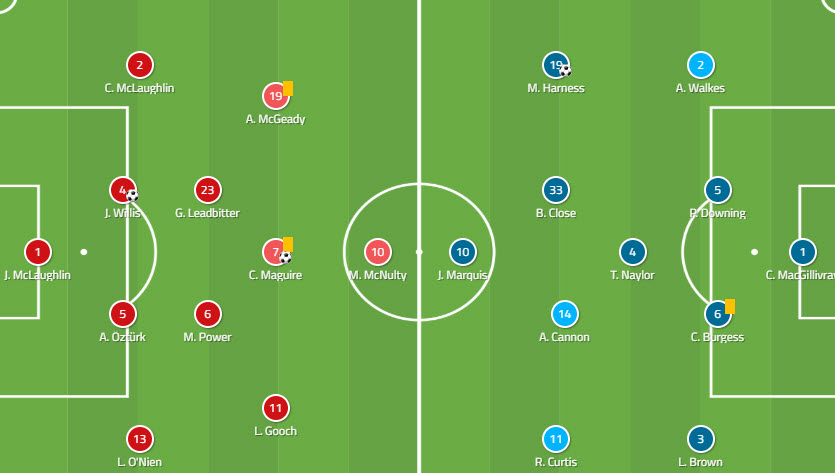 Having started the campaign with a back three, manager Jack Ross switched to a back four for their midweek Carabao Cup clash at Accrington Stanley – and following a comprehensive 1-3 win opted to stick with it here within a 4-2-3-1 formation.

If you love tactical analysis, then you’ll love the digital magazines from totalfootballanalysis.com – a guaranteed 100+ pages of pure tactical analysis covering topics from the Premier League, Serie A, La Liga, Bundesliga and many, many more. Buy your copy of the August issue for just ₤4.99 here.